While tax policy may not be the first thing that comes to mind when discussing public health interventions, there are few areas of public policy that have a bigger effect on public health. This is especially true in the Global South, where the extraction of resources saps the ability of nations to protect the health of its citizens, or even fund basic government services.

The Zacchaeus Tax campaign – named after the tax collector in the Christian scriptures - offers faith-rooted and gender-just perspectives on taxation and reparations, shares concrete proposals for corporate and wealth taxation, and calls for social and ecological reparations to reduce inequality and urgently combat climate change.

Specifically, the campaign calls for:

• The enactment of progressive wealth taxes at global and national levels to curb the growing concentration of wealth in the hands of an increasingly powerful few, hand-in-hand with increased public spending to stamp out
poverty

• The immediate implementation of a financial transaction tax on trade in equities, bonds, currencies and derivatives to curb harmful speculative activities

• The establishment from taxation of an Enslavement Reparation Fund overseen by a Global Commission for Reparatory Justice, in this midway through the International Decade for People of African Descent, 2015–
2024

A fuller campaign description can be found here.

The Zacchaeus Tax Campaign is a part of the New International Financial and Economic Architecture initiative, a joint project of the Council for World Mission, Lutheran World Federation, World Communion of Reformed Churches and World Council of Churches. 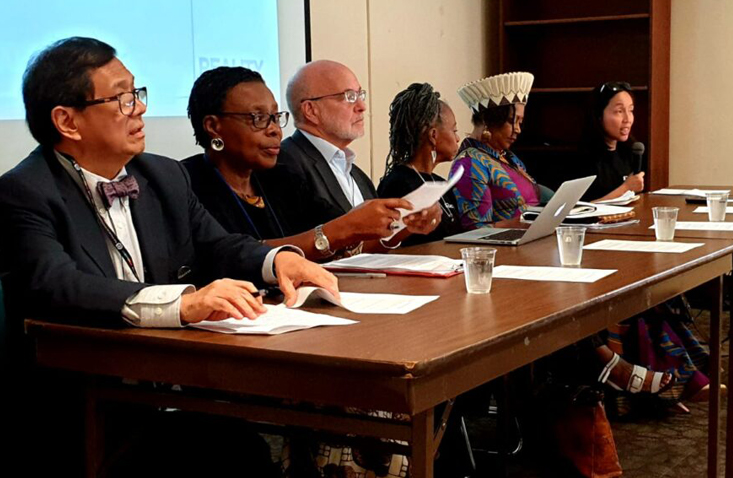