What is population health?

We use the terms public health and population health pretty much interchangeably, although we acknowledge that the latter term is relatively young and still quite fluid. Because of this, we hesitate to settle on one discrete definition. Instead, we'll list here seven important aspects of population health that we think are important to keep in mind:

1. Focusing on the underlying determinants of health.

3. Thinking in systems rather than getting trapped in focused on narrow problems.

4. Recognizing the importance of a life course and life stage perspective.

5. Viewing health and well-being as a continuum, rather than just an either/or condition.

6. Grounding policy goals in rigorous science, while at the same time ... 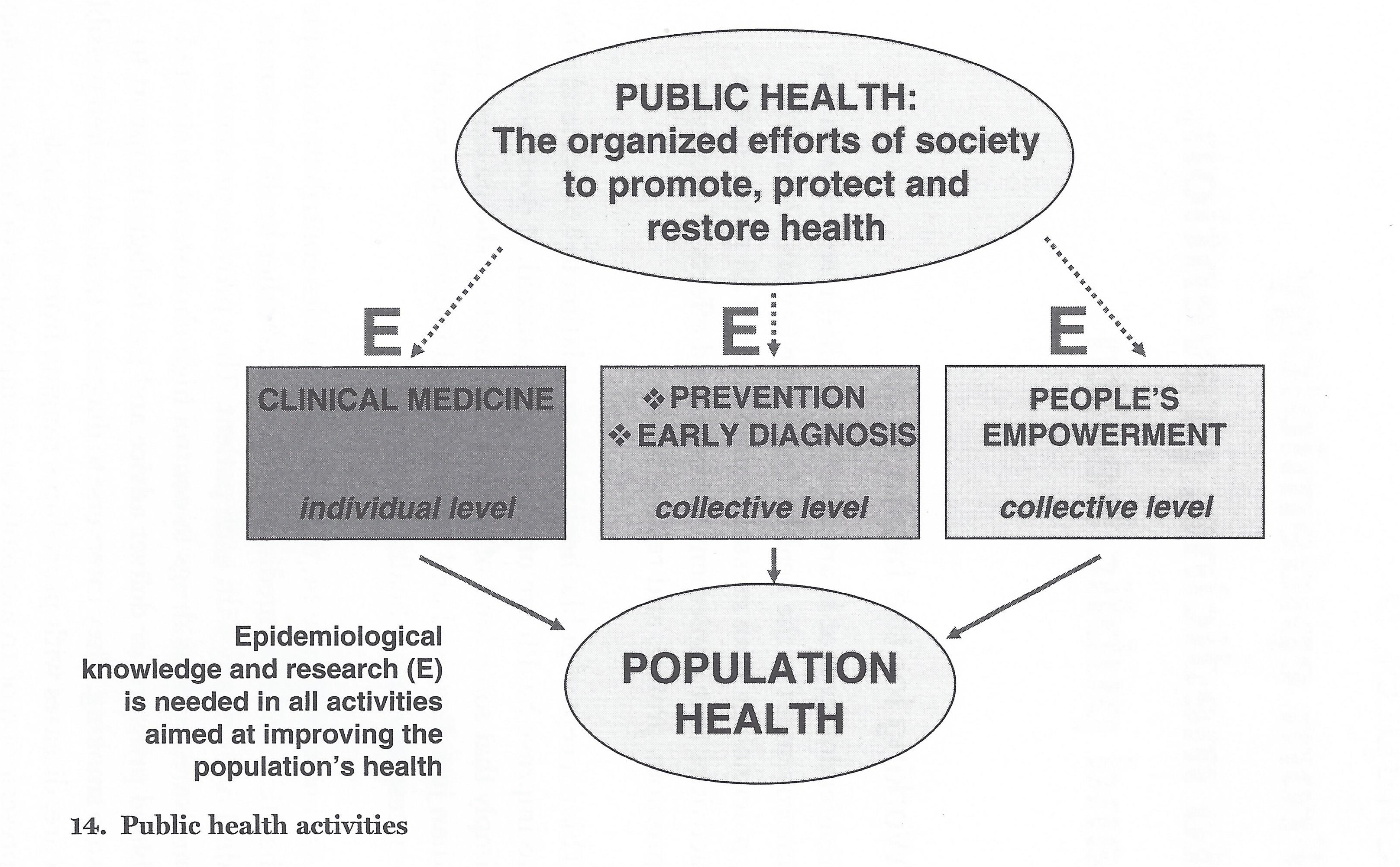 Importantly, this model also stresses the necessity for collective empowerment as a political determinant of health.

Why Are Some People Healthy and Others Not? (Evans, Barer, and Marmor, 1994)