Science Jummah: The Rich Tradition of Faith and Science in Islam and Religion in General

As the holy month of Ramadan begins, we are pleased to feature this guest post from IPHN Adviser Dr. Marium Husain.

It was in the middle of night during Ramadan 2018 in the last 10 days, a very quiet and peaceful night, when the idea of Science Jummah started. I was working as an oncology hospitalist and was taking care of patients with cancer admitted to the hospital who were either dealing with side effects of their treatment or transitioning from this world to the next. I was grateful for all the medical science I learned but science wasn't able to explain the why to me; why some patients got sick, why some walked out the hospital and some didn't. Although I have been Muslim my whole life, I again found God in these times. Even though I was unable to understand the why of events, I was able to accept what is in my control and what is not. The Qur'an not only spoke to me about faith, but also the drive for knowledge and understanding of the gift that is this world. My patient said it best: "It's all a mysterious wonder."

That Ramadan night I realized that faith and science are not only integral to Islam and its history, but their synergy has led to the greatest achievements in understanding the world around us while being grateful to a God that has allowed this all to happen. While Europe was in the Dark Ages, the Islamic world was advancing astronomy, mathematics, physics, optics, chemistry, irrigation, hospitals, medicine, and the list continues. The Renaissance saw achievements from scientists who were also people of the cloth. However, we’ve seen a growing separation between science and faith that leads to ignorance of the other, using scripture and science to justify horrors against humanity: “Think of the rivers of blood spilled by all those generals and emperors so that, in glory and triumph, they could become momentary masters of a fraction of a dot. Think of the endless cruelties visited by the inhabitants of one corner of this pixel on the scarcely distinguishable inhabitants of some other corner, how frequent their misunderstanding, how eager they are to kill one another, how fervent their hatreds” (excerpt from Carl Sagan’s, Pale Blue Dot).

I choose to believe that we do not have an “either-or” decision, but an “and” solution. Like our predecessors, we can learn so much more from science and faith and unlock so many more mysteries, leading to a world we can only imagine, insha’Allah. Like Science Friday's efforts to promote science, Science Jummah is a platform to present and discuss the rich tradition of faith and science in Islam and religion in general. As Jummah not on represents Friday but also gathering, we connect the community with current Muslim scientists and those from the past to reveal the trends and achievements in science and how faith is always part of the way. Science Jummah does not endorse or promote any particular Islamic sect or school of thought. We do not promote dogma or indoctrination. We encourage productive and constructive dialogue. Please join and share your story about science and faith.

Dr. Marium Husain, MD, MPH is a hematology/oncology fellow at The Ohio State University James Comprehensive Cancer Center (JCCC). She graduated from The Ohio State University College of Medicine and completed a residency in Internal Medicine. She recently worked as an oncology hospitalist at the JCCC. She is also the Vice President of the national non-profit, Islamic Medical Association of North America (IMANA). Additionally, she serves as a Science & Policy Adviser for IPHN. 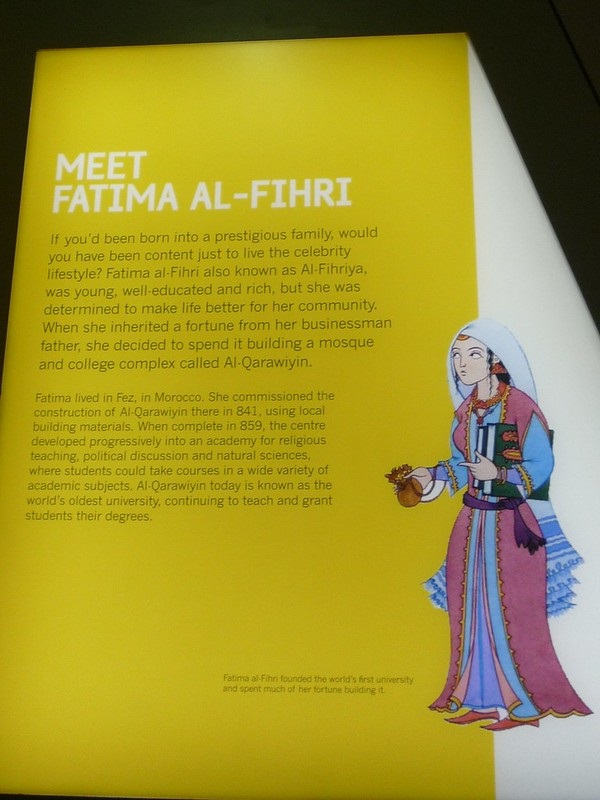 Fatima al-Firhi founded the oldest academic degree-granting university existing today, the University of Qarawiyyin, in 859. Learn more about her at https://muslimheritage.com/fatima-al-fihri-modern-university/