Faith United Against Tobacco (FUAT) was formed in January 2002 to assist the Campaign for Tobacco-Free Kids (TFK) in moving important federal tobacco control legislation - namely, legislation giving the U.S. Food and Drug Administration (FDA) the authority to regulate tobacco (following a U.S. Supreme Court case that found that it would not otherwise have that authority).

As documented in the book The DeMarco Factor: Transforming Public Will Into Political Power, FUAT was - in the words of TFK's Patricia Sosa - "a bridge-building project between public health and faith." The primary architect for this coalition was Vincent (Vinnie) DeMarco, whose deep connections to the faith community and well-honed organizing strategies have also contributed to a number of public health policy successes in Maryland, including firearm restrictions, tobacco tax increases, alcohol tax increases, and health care access.

The hard work of the FUAT coalition was rewarded on January 22, 2009 when President Barack Obama signed the Family Smoking Prevention and Tobacco Control Act into law, giving the FDA the authority to regulate tobacco products, including restricting tobacco marketing and sales to youth; requiring disclosure of ingredients in tobacco products; and preserving state, local, and tribal regulatory authority.

Learn more: "The Birth of Faith United Against Tobacco" in The DeMarco Factor: Transforming Public Will Into Political Power

Learn more about tobacco prevention and control as an issue for faith communities from Buddhist, Christian, Jewish, Muslim, and Sikh perspectives 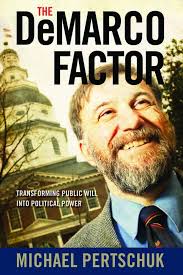