Beginning on April 1, 2015 the Diné (Navajo) Nation began imposing a 2% junk food sales tax within Nation borders, defining junk foods as those with "minimal-to-no nutritional value,” including sugar-sweetened beverages
and prepackaged and non-prepackaged snacks low in essential nutrients and high in salt, fat, and sugar. Revenues from the tax fund Community Wellness Projects - including greenhouses, food processing and storage facilities, traditional foods cooking classes, community gardens, and farmers' markets - in all 110 chapters on the Nation. A related measure, passed in April 2014, exempted fresh fruits and vegetables, traditional foods, nuts, nut butters, seeds, and water from the Nation's (then) 5% sales tax.

The serious health disparities faced by Nation members, including disproportionately higher rates of obesity, type 2 diabetes, hypertension, and other conditions related to poor diet, motivated this effort. Those disparities flow from deep structural inequities including high rates of poverty and unemployment, lack of access to healthcare, lack of access to early childhood education, and environmental injustice - all rooted in the long history of US anti-indigenous policies and practices, including the genocide of North American Indigenous peoples.

The tax campaign was led by the grassroots organization Diné Community Advocacy Alliance (DCAA), whose work is rooted in Diné spiritual values and practices and a commitment to multi-generational advocacy.

While the tax intervention had initially received relatively little media notice, supporters say the act can serve as a prototype for health taxes to curb non-communicable (chronic) diseases in low-income communities across the U.S.  Toward that end, in 2020 the New York Times brought renewed attention to the policy by placing it in the context of the Diné battle for food sovereignty amidst the COVID-19 pandemic. 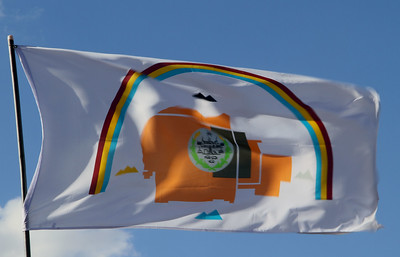 Learn more about the campaign:

Learn more about the ongoing work of DCAA: https://dineadvocacy.org/